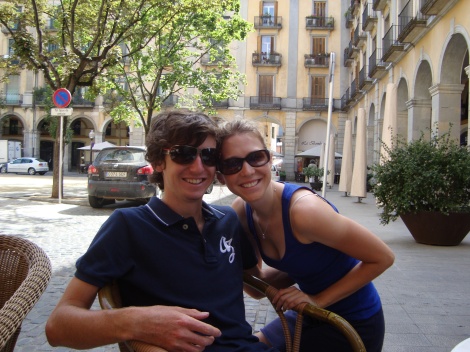 Sometimes you don’t know where you are but you know where you want to go. I got a taste of the “sweet life” on my whirlwind trip to Girona, Spain. Maybe I was drunk with sunshine after 3 rainy months in Holland, but Spain is a cyclist’s playground and all I want to do is play!

Girona is an athlete hot bed for a reason. Amazing weather, good roads with friendly cars, tons of athletes, and mountains, mountains, mountains. Lance Armstrong made the area popular when Girona became his training base and many athletes of different disciplines have followed suit, including a few of our good friends. When the opportunity arose for a visit, I was so excited for riding in the sunshine I packed a heap of cycling kit (sans leg warmers and rain coat) and almost nothing else.

I only had 2 days of riding before I had to go back to Holland so I was keen to do some solid training.  Straight out of the gates, our friends guided us to their local climb. Only 10kms from their house is the famous Rocacorba Climb. The 10km climb is a beast, rising over 800m with an average gradient of just over 7%. Hesjedal takes this climb in just under 30 minutes flat out so it’s no easy feat. I had never climbed something so long and so steep and trust me, ignorance is bliss!

Since I was the only non-pro, I was quickly dropped and left alone with my legs. Thankfully, there were signs every kilometre detailing the gradient, ascent, and how much suffering was left. The road was steep, and unlike most of the steep roads I have ridden, it stayed steep! However, the road wasn’t unconquerable so I knew I just had to settle in for the distance. After about 45 minutes solo, I was rewarded with a stunning view and, as per usual, the pain faded almost instantly and all I wanted to do was climb it again! 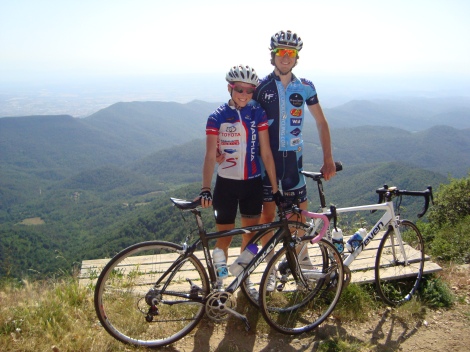 After a quick Coke at a cafe on Lake Banyoles, we finished off the ride with a rolling loop around the Banyoles and Olot area and while some carried on to tackle Del Mont (a steep 21km climb), I headed towards the pool at our hotel. Who wouldn’t want to live in Spain?

2 responses to “A Taste of the Sweet Life: Rocacorba Climb, Spain”