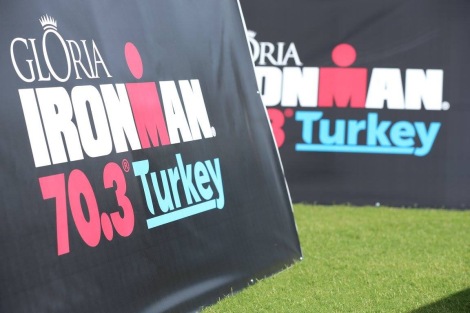 I had the idea of Ironman 70.3 Turkey on the back burner for a few weeks but I was still yo-yoing on whether to go two weeks before the race. It was the end of the season and fatigue was catching up with me, life was complicated and, cards on the table, the annual racing budget had been spent. After a disappointing World Champs though, the race was an enticing last-ditch chance to end the year on a more positive note. That tiny but persistent optimism that blesses every athlete eventually won me over and on the last day of registration, I decided to roll the dice.

The moment after I committed to go, however, everything seemed to say I had made a bad decision: travel logistics were crazy, I was in between living arrangements, Turkey was making news headlines for all the wrong reasons, suddenly my right knee was painful and getting worse every run, my trip was laden with delays, and I arrived in Antalya exhausted at 1am to a two day epic rain storm. I went through the motions of registration, race briefing, and bike check-in, all the while slathering anti-inflammatory cream on my knee, thinking perhaps maybe that athlete optimism was actually a curse that clouded my judgement. What was I doing here? 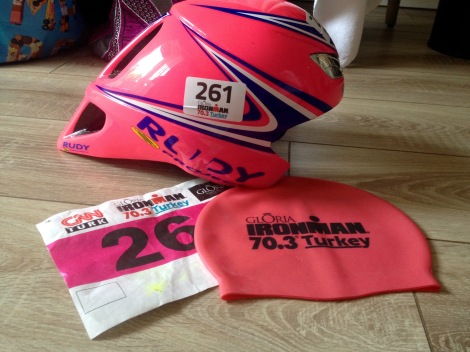 Things did not improve on race day. Despite numerous alarms, I unknowingly slept in and arrived at transition very late. On top of the rush, my stomach was churning. Several trips to the powder room later, I wasn’t sure if it was a good idea to zip up my wetsuit, let alone start. After a 2 minute “warm up” in the much-calmer-but-still-wavy Mediterranean sea, I ran to my start chute and took a deep breath. Things had not gone to plan but I couldn’t do anything about that now. I knew this race was a gamble going in so I hadn’t pinned any expectations on a result. Still, that nagging optimism in the back of my mind knew if I was getting up to bat I was going to swing for the fence. 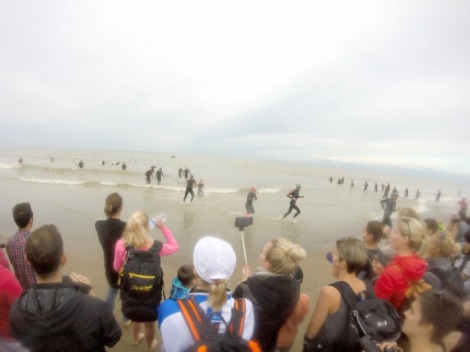 Exiting for the Australian turn with 700m of the swim still to go.

Shoulder to shoulder with my friend Baha, a Turkish Total Immersion swim coach I had befriended, I ran into the salty waves mid-pack. I had my usual rough start but seeing Baha’s relaxed and easy stroke calmed me down. I managed to get into a rhythm and stay there, even when a hand to the face knocked my goggles half off left me with an eyebrow scratch. 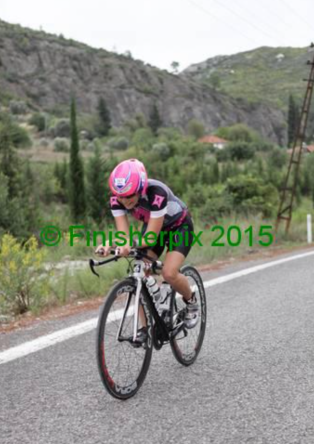 I fumbled through the first transition with a bad case of butter fingers but settled on the bike quickly…until I hit the gravel covered bridge. Then there was the no-aerobars brick section, the endless amount of potholes and pavement patches, piles of sand, deep puddles, wheel-catching grooves and even a few goats. On the other hand, there were cheering spectators in every town, countless marshals along the way, beautiful scenery, and the aid station volunteers were the most enthusiastic I had ever seen. 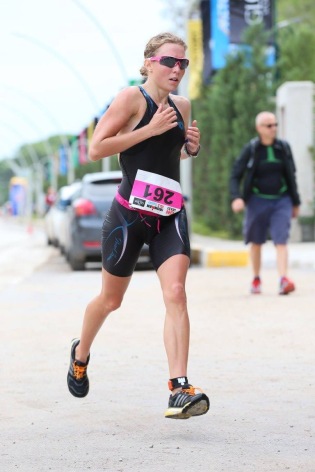 My persistent case of butter fingers made T2 a combination of stumbling and dropping as I geared up for the last part of the race. Bib number unknowingly upside down, I made it onto the run course but I wasn’t concerned with running. “Where was the port-a-loo” turned into “where is the closest bush” pretty quickly. We were running through the streets of Belek and there was no bush, tree, loo, invisibility cloak, nothing. In the most extraordinary feat of mind over matter (ie. no other option), I kept running.

Gradually over about 9km, my stomach seemed to settle but then there was a grumble in my knee. That hot, achey pain in my right knee started to flare up. I decided not to think about. Except on the downhills. And corners. And every time my pace changed. Other than that, I constantly re-decided, I wasn’t thinking about it. If I could “mind over matter” the first half of the run with far more unpredictability and potentially mortifying consequences, a grandma’s knee was nothing I couldn’t handle. 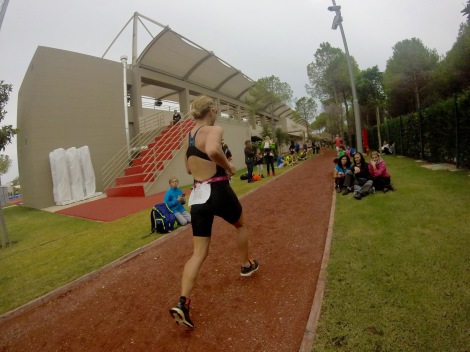 From experience, I knew staying steady was the best way to mitigate the pain so I just needed to hold my tempo. After hearing a quick passing cheer from Edward and my friend Yegâne I was in a great mental space. I glanced at my watch looking for the boost only seeing a single digit to go can give. Being preoccupied with more acute concerns, I had no idea I was still on track and seeing the possibility of achieving my time goal stoked that eternal optimism  into a raging fire. I wanted it more than I wanted a bush 12km ago. 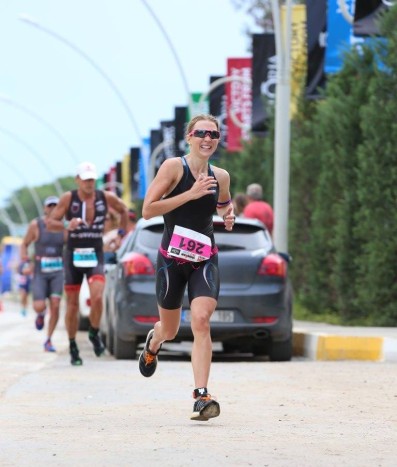 With a death grip, I held my pace and when I entered the stadium and saw the race clock above the finish line, I knew I had done it. I had achieved my time goal and the fact that it was unexpected, especially given all the hiccups, made it even better. That curse of eternal optimism might have make me blind to reason some days but it’s the blessing that allows me to see the ambitious and chase it with reckless abandon. 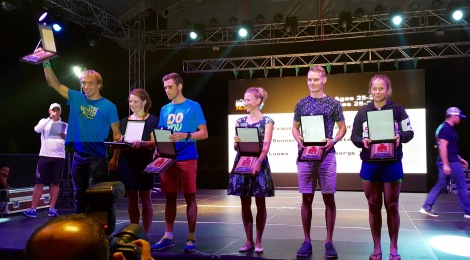 “All the while, I feel so lucky.” — “Lucky” PNAU, Vlossom 🎵 📷 @jamesmitchell5
Fab four. . . . Trail running, secret treasures, beach views. And, also, I got the record for rock skipping 😁 (5).
Hip, hip, hooray! . . . Hip labrum tears are tricky. The no-surgery route is a long one and trying to balance the load I need for performance vs the load my hip can handle is precarious. I have to err on the side of my hip but my athlete brain likes to push. Sometimes I push just a little too much and then I’m back here, celebrating that I can run for 45 minutes again. I know progress isn’t linear but, on my goodness, this is such a twisted rollercoaster. I can’t remember what 100% healthy and normal feels like anymore but I always remember the joy of running and that keeps me going!
One of the good ones. #runhappy 📷 @jamesmitchell5
Ladies who boat. #lanzalife #summer
The strength we build is hope. 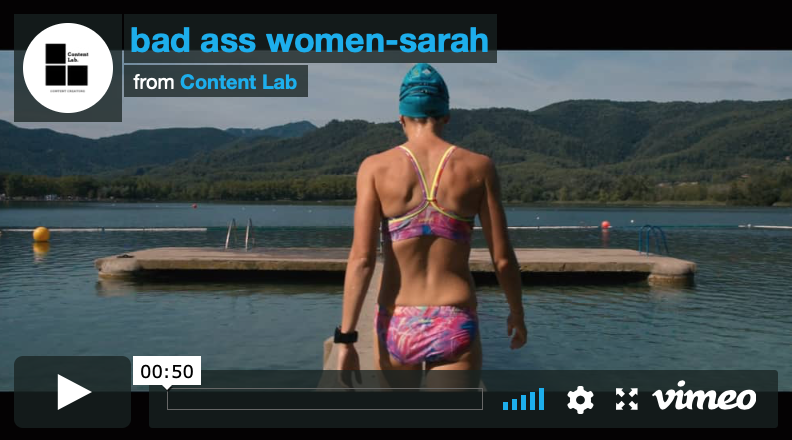